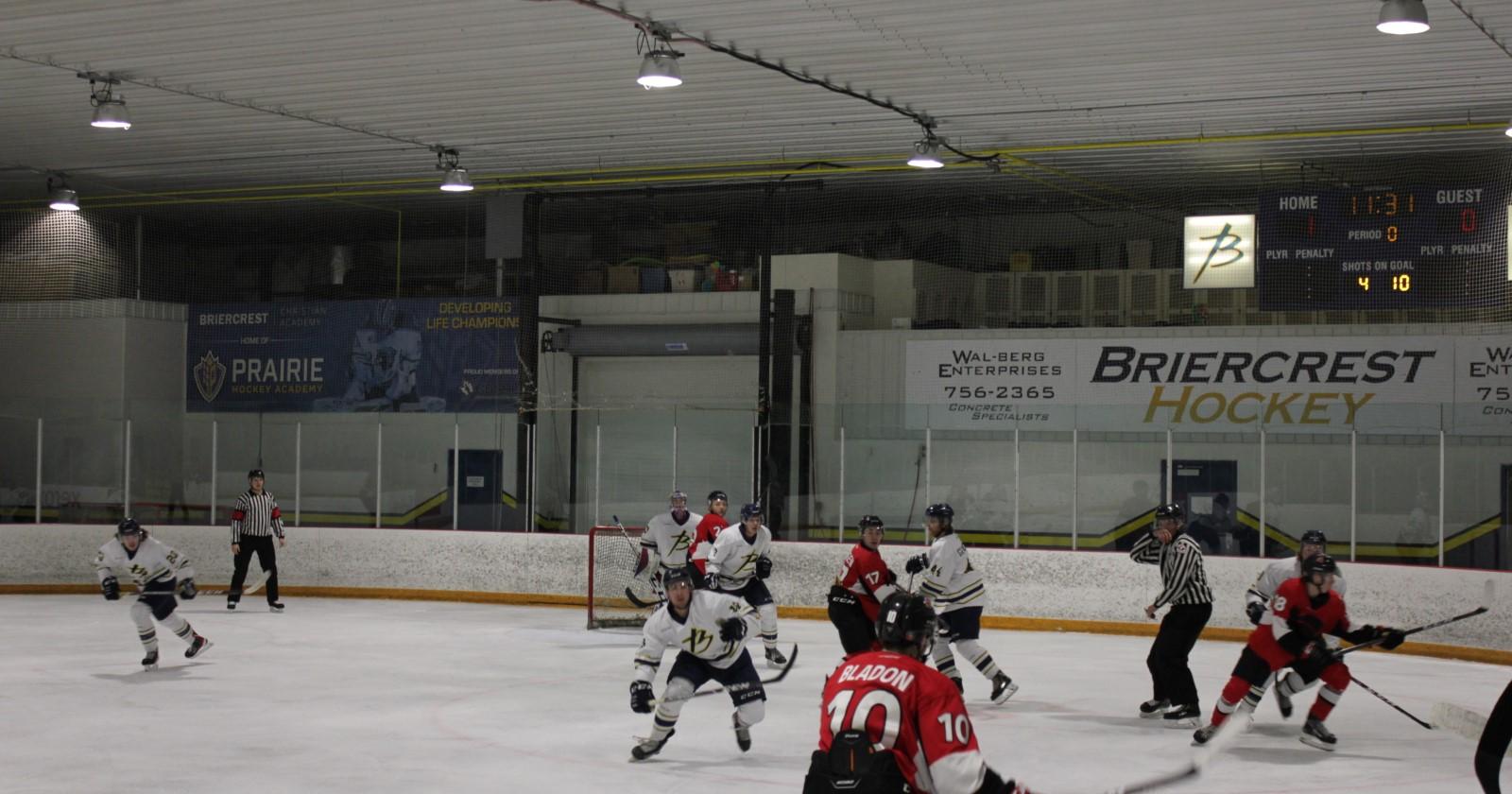 The Clippers came out flying in the first, and were quickly rewarded for their efforts as Jake Dale was able to put home the opening goal of the evening on a terrific pass from Brandon Kelly. It wasn't the ideal start for Trojans netminder Boston Bilous, though he quickly got settled in afterward, making several 10-bell saves to keep the score 1-0.

Bilous could only do so much, however, as the Clippers were able to make it 2-0 roughly 15 minutes into the opening frame, as Jacob Arsenault put a beautiful pass from behind the net onto the stick of Zachary Thususka, who made no mistake. That seemed to wake the Trojans up, as they started firing tons of pucks on Clippers goaltender Kolter Pawlick, but were unable to solve him and as a result entered the first intermission down two goals.

The Trojans came out with a much better pace to begin the second frame, and were soon rewarded with a power play for their efforts. Despite generating plenty of scoring chances on the man advantage, however, they continued to be shut down by Pawlick.

The failed opportunity would prove to be costly, as Curtis Wiebe was able to find himself in alone on Bilous midway through the second, and made no mistake, giving the Clippers a 3-0 lead. They nearly extended the lead to four minutes later as Daine Milgate came in alone on a breakaway, but was denied on a clutch stop from Bilous.

Later in the second, the Trojans received a bench minor and that seemed to light a bit of a fire under them. After they killed off the penalty, they were finally able to get their first of the night as Tanner Sidaway snuck one under the arm of Pawlick from the high slot.

Any hopes of Sidaway's goal sparking a comeback for the Trojans were short-lived, as Alex Pellerin and Reagan Poncelet struck early in the third to go up 5-1. The Trojans did continue to battle, however, and were able to make things interesting late in the third as both Brandon Machado and Chase Miller found the back of the net to make it a 5-3 game.

In line with how the entire evening went, however, the Clippers were able to respond less than 10 seconds after Miller's goal, as Zachery Ashworth followed up a rebound that came directly into the slot and fired it past the glove of Bilous to give his squad a 6-3 lead, which turned out to be the final in this one.

These two clubs will do the same thing over again tomorrow afternoon at 3:15pm at WinSport, with the Trojans hoping for a much better outcome.

CALGARY, ALTA., (NOV. 19, 2022) - The SAIT Trojans men's hockey team salvaged their final weekend of the first semester with an afternoon 3-1 victory over the Briercrest College at WinSport Arena.

This one was a treat to watch in the early going, as both teams came out flying and dished out plenty of hits while also creating a ton of scoring chances. Both goaltenders were perfect through the opening 15 minutes of the frame, though that nearly changed on a Trojans power play as Carson Welke deflected a point shot but found iron. That missed opportunity proved costly, as the Clippers scored moments afterward thanks to a laser from Brandon Kelly that found its way past the glove hand of Spencer Welke.

The Trojans responded shortly after, however, as Tanner Sidaway showed tremendous hustle to beat out an icing before firing a gorgeous cross-ice pass to Dylan Clark who made no mistake, tying the game with just a minute remaining in the first.

The edgy play continued in the second frame, resulting in the officials being very busy, handing out several calls to both teams. At roughly the midway point of the second, Trojans defenseman Chase Felgueiras was given a five and a game for a hit to the head.

That resulted in a very long kill for the Trojans, and was made even worse when Brett Trentham was given a two-minute minor for tripping shortly afterward. The Trojans were able to kill off the extended 5-on-3, however, and were able to escape the second with the game still knotted at 1-1.

The penalties continued to pile up in the third, with the Clippers taking three separate minors early on. SAIT's McKenzie Welke was able to take advantage of the moment, stealing the puck from Clippers netminder Dominik Tmej, and fed it out front to Chase Miller who fired it into the wide open cage to give the Trojans a 2-1 lead.

Miller's goal turned out to be the game-winner, as Spencer Welke stopped everything fired his way in the third frame. Cam McAdam added an insurance marker in the final minute with an empty net tally.

SAIT goes into the holiday break with an impressive 8-4 mark, while Briercrest falls to 4-6 with two more games to play before the break.

Being part of the Briercrest volleyball team was where I built some of the closest relationships. From training hard and achieving success to working through tough losses, you develop friendships that couldn't be made anywhere else.
Zac Ens Class of 2015 AA Social Sciences, men's volleyball, 2014-15 ACAC South All-Conference Team, Male Athlete of the Year
Start your application